How to Watch The Pal from Texas 1939 Online in Australia

Where to watch The Pal from Texas

What is The Pal from Texas about?

A virtual remake of, among several others, two Ken Maynard films, "Fightin' Thru, 1930" and "Fargo Express, 1933", and credited Story writer Forest Sheldon and credited Screenplay writer Carl Krusada didn't even nod in the direction of the original writer, Jack Natteford, other than keeping many of the original character role-names from "Fightin' Thru" such as "Alice Malden", "Queenie", "Ace Brady" and "Fox Tyson." They changed Maynard's character name from "Dan Barton" to "Bob Barton" to fit Bob Steele, and Wallace MacDonald's original "Tennessee Malden" to "Texas Malden" to fit the new title of "The Pal From Texas." The helped along when they didn't have to waste a lot of time thinking up new character names from lifted plots. This time out Bob Barton and his pal, Texas Malden, are reaping rich rewards from a strip of land they've leased to miners working gold claims. Malden's niece, Alice, is coming to keep house for her uncle and, the day she arrives, Malden gets drunk in Ace Brady's saloon but Bob intervenes in time to keep him from being swindled. Later, Malden is killed by Brady's henchman, Fox Tyson, and his partner Bob is framed for the murder and hunted by the sheriff and his posse. Alice also believes that Bob killed her uncle, and she is about to turn over her power-of-attorney to Brady, so he and Fox can collect money due from the miners. The outlawed Bob now has to escape the posse and also prove his own innocence.

Which streaming providers can you watch The Pal from Texas on

The cast of The Pal from Texas 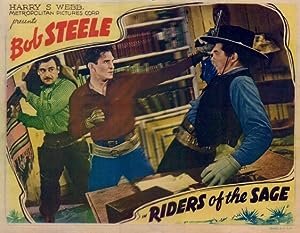