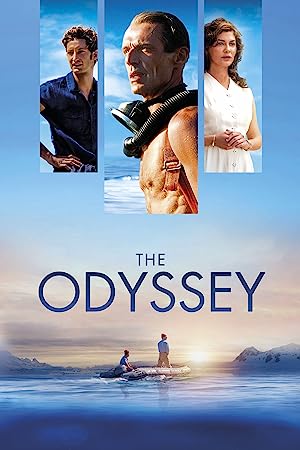 How to Watch The Odyssey 2016 Online in Australia

The cast of The Odyssey

What is The Odyssey about?

From 1949 to 1979, thirty years in the life of captain Jacques-Yves Cousteau, the famous researcher, scientist, inventor, filmmaker whose greatest achievement is to have made the general public more curious - and accordingly closer - to the sea. A genius, a leader of men and a charismatic opinion maker, Cousteau was not without defects, his being unfaithful to ever-supportive wife Simone for example or else his vainglory..., but let him who is without sin cast the first stone. The spectator leaves Cousteau in mid-1979 at the worst time of his life: his favorite son, Philippe, has just died in the crash of a plane he was piloting. The dashing conqueror of the sea has suddenly become a broken old man, tempted to discouragement but his eldest son Jean-Michel is by his side to help him overcome his grief and go on with his mission...

Where to watch The Odyssey