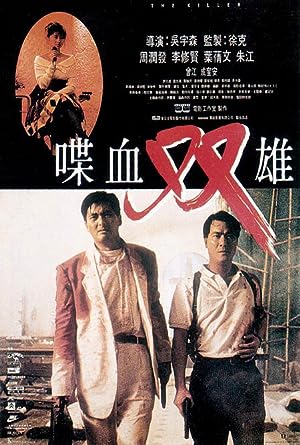 How to Watch The Killer 1989 Online in Australia

What is The Killer about?

A violent Hong Kong action film, this is the story of an assassin, Jeffrey Chow (aka Mickey Mouse) who takes one last job so he can retire and care for his girlfriend Jenny. When his employers betray him, he reluctantly joins forces with Inspector Lee (aka Dumbo), the cop who is pursuing him. Together, the new friends face the final confrontation of the gangsters out to kill them.

Where to watch The Killer

Which streaming providers can you watch The Killer on

Here is the comprehensive list of streaming providers that will show The Killer in Australia. If The Killer will appear with other providers further down the line, this table will be updated.

The cast of The Killer

The Killer is a great Action movie, we’ve selected several other movie options that we think you would like to stream if you have watched The Killer

The Killer is a great action show, we’ve selected several other show options that we think you would like to stream if you have watched The Killer