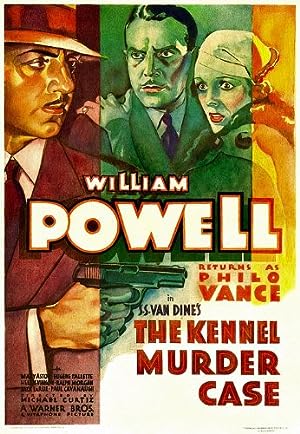 How to Watch The Kennel Murder Case 1933 Online in Australia

The cast of The Kennel Murder Case

What is The Kennel Murder Case about?

Archer Coe has been found dead in his locked bedroom. The cops consider it suicide, but Philo believes otherwise. When the Coroner shows up, he finds that Archer had been hit with a blunt object, stabbed and shot - making suicide unlikely. When the evidence points to his brother, Brisbane is found stabbed to death in the closet. Archer had a number of enemies, any one of which would have been glad to knock him off, but which one did and how did the murder occur in a room looked from the inside. Only one man, the keen, fascinating, debonair detective Philo Vance, would be able to figure out who is the killer.

Where to watch The Kennel Murder Case