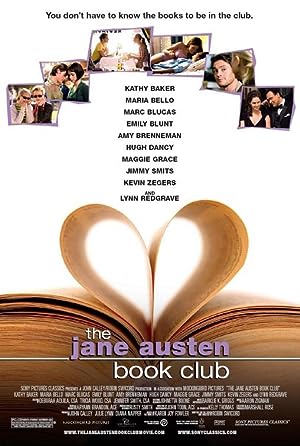 The cast of The Jane Austen Book Club

What is The Jane Austen Book Club about?

Explores Austen's adage that general incivility is at love's essence. Sylvia's husband dumps her for another woman, so Bernadette and Jocelyn organize a book club to distract her. They recruit Sylvia's daughter Allegra; Prudie, a young teacher whose marriage may be on the rocks; and Grigg, a sci-fi fan who joins out of attraction to Jocelyn. The six read and discuss one Austen novel per month. Jocelyn tries to interest Grigg in Sylvia; Allegra falls in love with a woman she meets skydiving; Prudie contemplates an affair with a student; Sylvia's ex keeps popping up. In the discussions, characters reveal themselves in their comments. By the end, are truths universally acknowledged?

Where to watch The Jane Austen Book Club