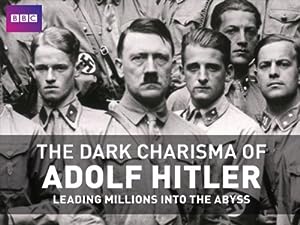 The cast of The Dark Charisma of Adolf Hitler

What is The Dark Charisma of Adolf Hitler about?

The way in which Hitler led the Nazi party has not received the attention that it deserves - how and why so many people followed Hitler, ultimately to the destruction of their own country.

Where to watch The Dark Charisma of Adolf Hitler

More Biography movies like The Dark Charisma of Adolf Hitler