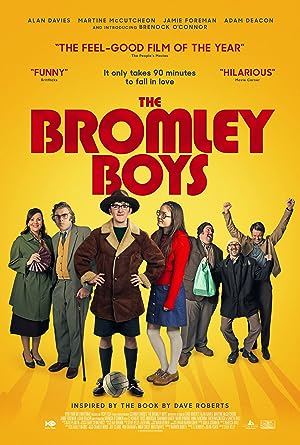 How to Watch The Bromley Boys 2018 Online in Australia

The cast of The Bromley Boys

What is The Bromley Boys about?

The Bromley Boys is a funny yet touching coming of age football memoir played out to the sights and sounds of late 60's Britain. Based on the hilarious novel by Dave Roberts, it recounts the author's highs and the lows supporting the worst football team in the country at the time - Bromley FC.

Where to watch The Bromley Boys