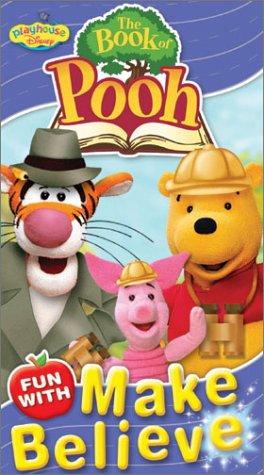 How to Watch The Book of Pooh Online in Australia

What is The Book of Pooh about?

A new Disney version of the classic children's stories about Winnie the Pooh and his friends. Rather than the animated versions of the past, this series is done entirely in a puppet format. In it, Tigger bounces, Piglet worries, Eeyore glooms, and Pooh just tries to get a tummy full of honey.

Where to watch The Book of Pooh

Which streaming providers can you watch The Book of Pooh on

The cast of The Book of Pooh

The Book of Pooh is a great Adventure movie, we’ve selected several other movie options that we think you would like to stream if you have watched The Book of Pooh

More adventure tv shows like The Book of Pooh

The Book of Pooh is a great adventure show, we’ve selected several other show options that we think you would like to stream if you have watched The Book of Pooh

Watch The Book of Pooh