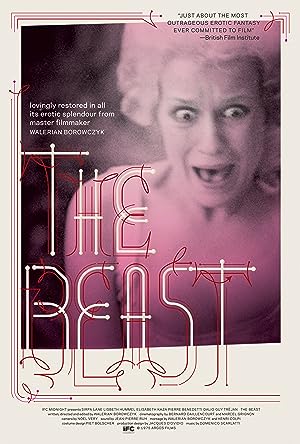 How to Watch The Beast 1975 Online in Australia

The cast of The Beast

What is The Beast about?

Under the condition that within six months from the death of the accomplished businessman Philip Broadhurst, his beloved daughter and heiress to his immense fortune Lucy gets married to Marquis Pierre de l'Esperance's son Mathurin, innocent fair Lucy heads with her aunt to the crumbling estate of her soon-to-be husband. But the once noble estate is nestled deep in the French dense woods, where centuries ago, a wild and ravenous supernatural beast roamed the very forests driven by a raw and unquenchable lust for virginal unprotected girls. Before long, young Lucy completely unaware of the menacing legend and the strange rumours that cloud the family's name will begin experiencing appalling, yet sensually charged visions of an unprecedented vividness. Is there a bit of truth in the legend of the Beast of Gévaudan?

Where to watch The Beast