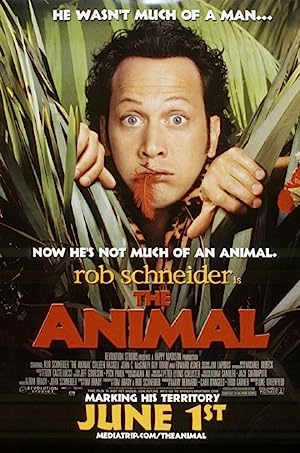 How to Watch The Animal 2001 Online in Australia

The cast of The Animal

What is The Animal about?

From the producers of the comedy smash Deuce Bigalow comes The Animal, about a small, wimpy Marvin, who doesn't have what it takes to fulfill his lifelong dream to be a cop. But his luck changes when he's critically injured in a car accident and a deranged scientist secretly uses animal organs to rebuild him. Energized by his new parts, Marvin leaves his weakness behind and achieves instant fame as a supercop. Now a hero, life is going great for Marvin until his animal instincts start taking over his body at all the wrong times. Marvin struggles to remain civilized and be a perfect gentleman with his new love, Rianna in a series of hilarious situations that would drive any animal crazy.

Where to watch The Animal