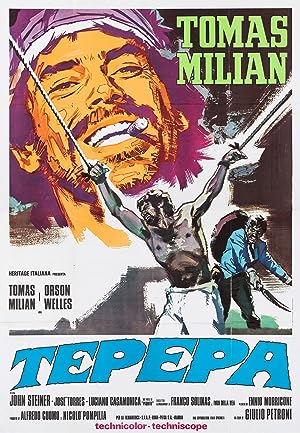 How to Watch Tepepa 1969 Online in Australia

The cast of Tepepa

What is Tepepa about?

In Mexico, at the beginning of the twentieth century, a man is to be executed by Cascorro's men. Doctor Henry Price, en Englishman, arrives in his car and saves him. The nickname of the man is Tepepa and he was a hero of the Revolution. Tepepa asks doctor Price way he saved him and the answer is chilly: to have the pleasure to kill him himself. And he aims his gun at him.

Where to watch Tepepa