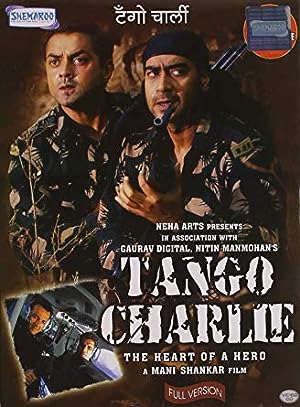 How to Watch Tango Charlie 2005 Online in Australia

The cast of Tango Charlie

What is Tango Charlie about?

Indian Army Sepoy Tarun Chauhan is assigned to proceed to Northeastern part of India that has been rocked by riots and violence with orders to report to his superior, Havaldar Mohammed Ali. Once there, he comes to know that things can be quiet for weeks, following by sporadic violence, and casualties on both sides. His group also comes under attack by vicious terrorists, who like to cut an ear from a dead body, then leave the body as bait, in order to kill anyone who comes to the rescue. This is where Tarun makes his first kill. Then they are instructed to proceed to Bengal in order to counter Naxalities, where Tarun gets to see action almost immediately. Then war breaks out between India and Pakistan and their group is asked to travel to Kargil and guard a bridge. This is where Tarun will face his biggest challenge - a challenge that will make him a true soldier or lead him to his death.

Where to watch Tango Charlie