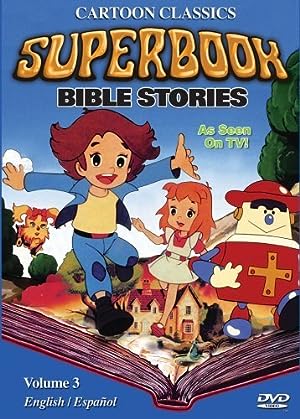 How to Watch SuperBook Online in Australia

What is SuperBook about?

Two young children, Chris Peeper and his neighbor Joy, come across a glowing old Bible in the attic of their home. They discover it's enchanted, transporting them to the events reported within its pages. Accompanied by the robot Gizmo (and later by Chris's pet dog Ruffles and cousin Uriah) they travel into the Superbook to experience Biblical stories firsthand.

Where to watch SuperBook

Which streaming providers can you watch SuperBook on

Here is the comprehensive list of streaming providers that will show SuperBook in Australia. If SuperBook will appear with other providers further down the line, this table will be updated.

The cast of SuperBook

SuperBook is a great Animation movie, we’ve selected several other movie options that we think you would like to stream if you have watched SuperBook

SuperBook is a great animation show, we’ve selected several other show options that we think you would like to stream if you have watched SuperBook