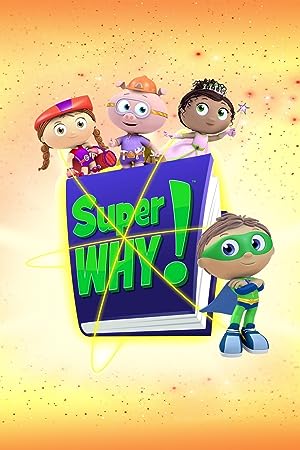 How to Watch Super Why! Online in Australia

What is Super Why! about?

Super why is a great adventure to get kids to "look in a book!" Wyatt and his pals usually have to solve a problem by looking into a story and solving a puzzle. My infant son loves this show! I find myself singing and dancing to the beginning song! Alpha pig, Princess P, and Red all help Wyatt solve the problem. Great, educational show.

Where to watch Super Why!

Which streaming providers can you watch Super Why! on

Here is the comprehensive list of streaming providers that will show Super Why! in Australia. If Super Why! will appear with other providers further down the line, this table will be updated.

The cast of Super Why!

Super Why! is a great Animation movie, we’ve selected several other movie options that we think you would like to stream if you have watched Super Why!

Super Why! is a great animation show, we’ve selected several other show options that we think you would like to stream if you have watched Super Why!