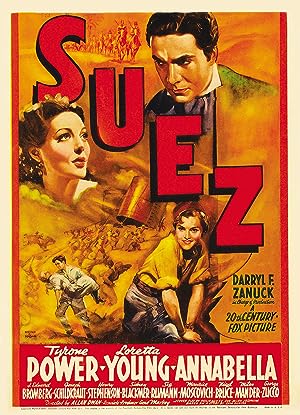 How to Watch Suez 1938 Online in Australia

The cast of Suez

What is Suez about?

De Lesseps is a young aristocrat who conceives the idea for the Suez Canal. When Napoleon fails him, the British show interest. Though the production values make the film entertaining its historical content is generally agreed to be awful.

Where to watch Suez