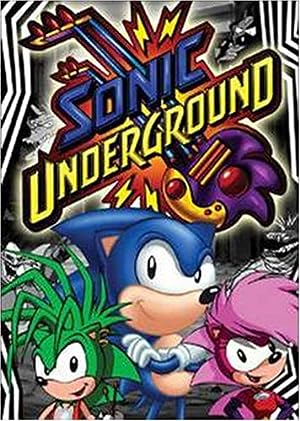 How to Watch Sonic Underground Online in Australia

What is Sonic Underground about?

In this 3rd cartoon of Sonic the Hedgehog, Sonic and his two siblings, Manic and Sonia are the hit rock band, Sonic Undeground. But in reality they are the children of Queen Aleana, the queen of Mobius. Queen Aleana was abandoned from Mobius by Sonic's enemy, Dr. Robotnik who turned Mobius into a waste land. So now Sonic, Manic and Sonia must fight Dr. Robotnik and his two sidekicks, Sleet and Dingo and the SWAT Bots, with the aid of their metal medallions and bring peace to Mobius and find mother! Will the hedgehogs find their mother? Will they defeat Robotnik? The resistance begins on Sonic Undergroud!

Where to watch Sonic Underground

Which streaming providers can you watch Sonic Underground on

The cast of Sonic Underground