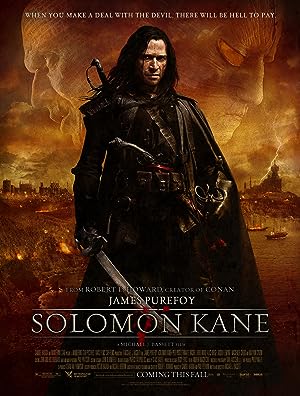 How to Watch Solomon Kane 2009 Online in Australia

What is Solomon Kane about?

Once a mercenary of Queen Elizabeth I fighting Spaniards in Africa, Solomon met the Devil's Reaper and discovered he was bound for hell. Barely escaping, he soon renounced violence to atone for his past sins, seeking out redemption in a life of peace. That is until the followers of sorcerer Malachi kidnap a Puritan girl, Meredith Crowthorn, and brutally slaughter her family before his very eyes, forcing Solomon to take up arms and return to his violent ways once more to rescue her.

Where to watch Solomon Kane

Which streaming providers can you watch Solomon Kane on

Here is the comprehensive list of streaming providers that will show Solomon Kane in Australia. If Solomon Kane will appear with other providers further down the line, this table will be updated.

The cast of Solomon Kane

Solomon Kane is a great Action movie, we’ve selected several other movie options that we think you would like to stream if you have watched Solomon Kane

Solomon Kane is a great action show, we’ve selected several other show options that we think you would like to stream if you have watched Solomon Kane