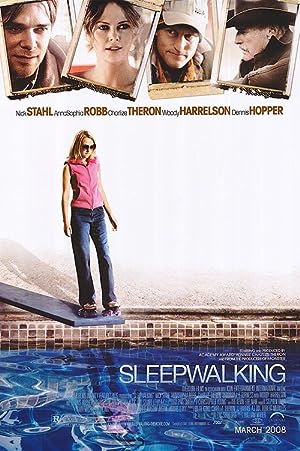 How to Watch Sleepwalking 2008 Online in Australia

What is Sleepwalking about?

James "Speedy" Reedy is anything but. He's a twenty-something slacker sleepwalking through life in a Midwestern town. His older sister, Joleen calls him in the middle of the night after the police have arrested her boyfriend and tossed her and her 12-year-old daughter Tara on the street. James takes them in, then Joleen, who claims to have a plan, leaves with a trucker and a stash of drug money. James tries to cope, but soon he's lost his job, and child protective services places Tara in foster care. She's miserable. Can James wake up and find a way to be more than just a nice guy? A road trip to his childhood may hold a key, or it may be another bad dream.

Where to watch Sleepwalking

Which streaming providers can you watch Sleepwalking on

Here is the comprehensive list of streaming providers that will show Sleepwalking in Australia. If Sleepwalking will appear with other providers further down the line, this table will be updated.

The cast of Sleepwalking

Sleepwalking is a great Drama movie, we’ve selected several other movie options that we think you would like to stream if you have watched Sleepwalking

Sleepwalking is a great drama show, we’ve selected several other show options that we think you would like to stream if you have watched Sleepwalking