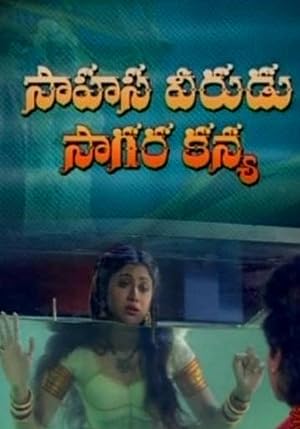 How to Watch Sahasa Veerudu Sagara Kanya 1996 Online in Australia

Circa 1947 when the British finally left India, they stole a ship-load of gold, diamonds, jewellery, artifacts, etc. Unfortunately, the ship sank, and attempts to recover the wealth has been in vain so far. Rich and wealthy Motichand decides to consult a woman named Bhairavi with occult powers, and she informs him that the treasure can only be recovered with the help of a mermaid. Using her powers she locates the mermaid (Shilpa Shetty) and forces her to come ashore. The mermaid is rescued by Raviraj (Venkatesh) a local fisherman and his crew, and he decides to let her stay until she recovers. She is not capable of human speech, and mimics everyone around her, and therefore everyone thinks she is insane. Raviraj decides to call her Sona. Bhairavi locates Sona, but must first overcome Raviraj and his crew. She schemes with Ganga (Malashri), who is in love with Raviraj and feels threatened by Raviraj's attentions on Sona, and will do anything, including kill, to have Raviraj for herself. Raviraj is not aware of Sona's true identity, and her developing scaled fins when she is wet. Will Raviraj accept Sona as she is?