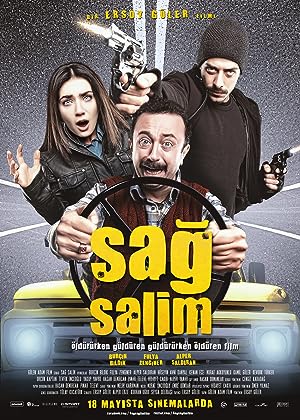 How to Watch Sag Salim 2012 Online in Australia

What is Sag Salim about?

This fast paced farce begins with an apparently innocuous request from a village elder to take a recently deceased man to his home village for proper burial. Salim, the simple village man on which this request is bestowed, is afraid of death and by extension dead people, but he reluctantly agrees to take the dead man in his truck in order to incur good-will. Almost immediately after departure, Salim's well-intended journey is complicated by car accidents, armed robbers, a damsel in distress and a mysterious drifter. The body count increases as the identities of the various individuals, living and dead are revealed leaving Salim culpable of heinous crimes and unable to return to the previous sleepy-village life that he once enjoyed.

Where to watch Sag Salim

Which streaming providers can you watch Sag Salim on

Here is the comprehensive list of streaming providers that will show Sag Salim in Australia. If Sag Salim will appear with other providers further down the line, this table will be updated.

The cast of Sag Salim

Sag Salim is a great Comedy movie, we’ve selected several other movie options that we think you would like to stream if you have watched Sag Salim

Sag Salim is a great comedy show, we’ve selected several other show options that we think you would like to stream if you have watched Sag Salim