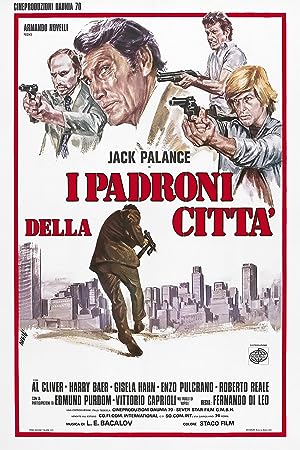 How to Watch Rulers of the City 1976 Online in Australia

What is Rulers of the City about?

Tony, a mob loan collector, is dissatisfied with his station in life. Though he dreams of one day being rich, he is stuck with the dead-end job of beating up borrowers who fall behind in their payments. After meeting up with Napoli, another mob enforcer who's just been fired from his job, the two hatch a plan. Together, they will con mob boss Manzari out of a fortune, after which they can retire and live in luxury. Manzari, however, is not about to let them go so easily.

Where to watch Rulers of the City

Which streaming providers can you watch Rulers of the City on

The cast of Rulers of the City

More comedy tv shows like Rulers of the City

Watch Rulers of the City