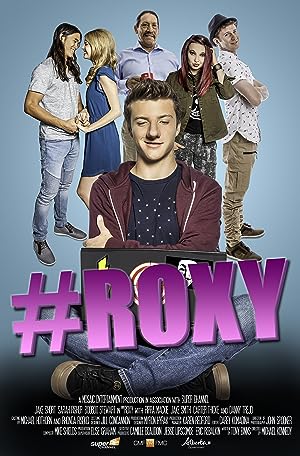 How to Watch #Roxy 2018 Online in Australia

The cast of #Roxy

What is #Roxy about?

Cyrus Nolan is a teenage computer genius and legendary joker with a "nose for trouble" at Bergerac High. He's smart, sensitive, funny, and madly in love with his friend Roxy, but painfully shy because of his large nose. Unfortunately Roxy tells Cyrus that she's interested in the new kid in Cyrus' Biology class, Chris Newville. Chris is nervous about speaking to Roxy, so Cyrus sends a few charming witty texts to get him started. But Cyrus gets more and more involved, living vicariously through Chris, revealing in this chance to tell Roxy how he feels without fear of rejection. Things spiral out of control, and Cyrus has to keep the illusion alive by taking over all of Chris's social networking, to make him seem smarter and deeper than he is. In no time at all, Roxy is head over heels with someone who technically doesn't exist, and the two have to scramble to keep from getting caught. Cyrus Nolan is Cyrano de Bergerac for the cyber age, a fast, fun adaptation of a classic is the vein of Clueless and 10 Things I Hate About You.

Where to watch #Roxy