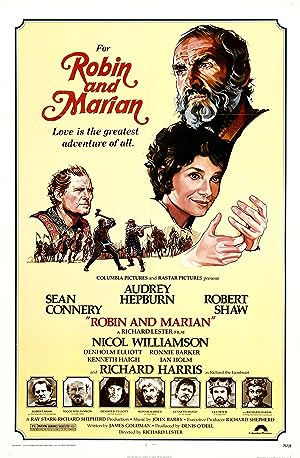 How to Watch Robin and Marian 1976 Online in Australia

The cast of Robin and Marian

What is Robin and Marian about?

It is 20 years after Robin Hood's heroics against Prince John and the Sheriff of Nottingham. Since then Robin (played by Sean Connery) has spent all his time outside of England, fighting as Richard the Lionheart's right-hand man in the Crusades and in France. His only connection to his past life in Sherwood Forest is his faithful companion, Little John (Nicol Williamson). However, Richard the Lionheart is now dead and a war-weary, middle-aged Robin decides to return to England. His first priority: rekindle his relationship with Maid Marian (Audrey Hepburn). However, if he figured on a peaceful life he didn't bargain on the machinations of the Sheriff of Nottingham and King John.

Where to watch Robin and Marian