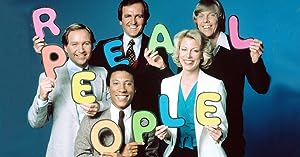 How to Watch Real People Online in Australia

The cast of Real People

What is Real People about?

A prehistoric ancestor to "America's Funniest Home Videos," this show traveled America looking for the funny, the heart-warming, and the downright bizarre. The various segments were narrated by the hosts of the show, and featured things like The Flat Earth Society, a man who could actually run up a 20 ft brick wall, and an old woman who could put the tip of her nose in her mouth. This show defined a genre which would be followed later by shows like "That's Incredible" and "Games People Play."

Where to watch Real People