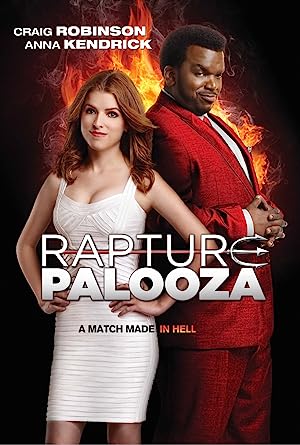 How to Watch Rapture-Palooza 2013 Online in Australia

The rapture has happened and Lindsey (Anna Kendrick), her boyfriend Ben (John Francis Daley), and their families have been left behind, doomed to endure torture on Earth. A former politician named Earl Gundy (Craig Robinson), now known as The Beast, is the Anti-Christ. But when The Beast decides he wants to take Lindsey as his wife, Lindsey and Ben most come up with a plan to defeat the Anti-Christ.