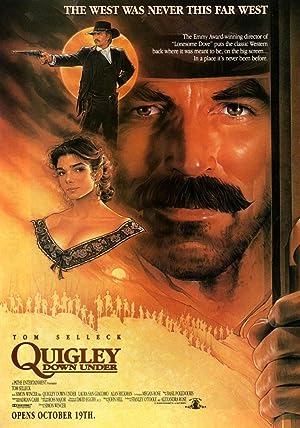 How to Watch Quigley Down Under 1990 Online in Australia

The cast of Quigley Down Under

What is Quigley Down Under about?

Sharpshooter Matt Quigley is hired from America by an Australian rancher so he can shoot aborigines at a distance. Quigley takes exception to this and leaves. The rancher tries to kill him for refusing, and Quigley escapes into the brush with a woman he rescued from some of the rancher's men, and are helped by aborigines. Quigley returns the help, before going on to destroy all his enemies.

Where to watch Quigley Down Under

Quigley Down Under Trailer