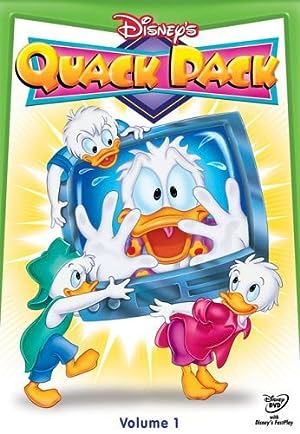 How to Watch Quack Pack Online in Australia

What is Quack Pack about?

This cartoon follows on from the 1980's cartoon "Ducktales", continuing the adventures of Huey, Dewey and Louie. Now teenagers and living with their uncle Donald Duck, the three spend their time playing practical jokes on their hapless uncle and otherwise getting into trouble.

Where to watch Quack Pack

Which streaming providers can you watch Quack Pack on

Here is the comprehensive list of streaming providers that will show Quack Pack in Australia. If Quack Pack will appear with other providers further down the line, this table will be updated.

The cast of Quack Pack

Quack Pack is a great Adventure movie, we’ve selected several other movie options that we think you would like to stream if you have watched Quack Pack

Quack Pack is a great adventure show, we’ve selected several other show options that we think you would like to stream if you have watched Quack Pack