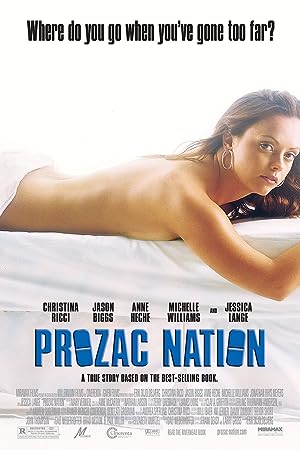 How to Watch Prozac Nation 2001 Online in Australia

The cast of Prozac Nation

What is Prozac Nation about?

Elizabeth "Lizzie" Wurtzel is a teenager accepted into Harvard with a scholarship in journalism. She has been raised by her divorced mother Mrs. Wurtzel since she was two years old, but she misses her father and feels needy and depressive. When she joins the university, she lives with a roommate Ruby and has her sexual initiation with Noah. Her article for the local column in Crimson newspaper is awarded by Rolling Stone magazine. Lizzie becomes abusive in sex and drugs, and her existential crisis and depression increases and she hurts her friends and her mother that love her, while dating Rafe. Mrs. Wurtzel sends her to an expensive psychiatric treatment with Dr. Sterling, in spite of having difficulties paying for her medical bills and therapy sessions. After a long period of treatment under medication, and suicide attempt, Lizzie stabilizes and adjusts to the real world.

Where to watch Prozac Nation