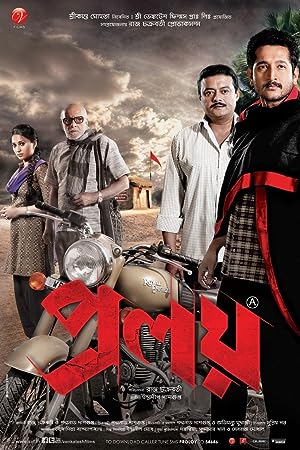 How to Watch Proloy 2013 Online in Australia The story revolves around a brave heart Barun Biswas, portrayed by Parambrata Chatterjee, who raised voice against numerous gang rapes in a village called Dukhiya. Dukhiya, where gang rapes had become a festival. These were celebrated by some political criminals. They didn't even spare children and aged females. Police would also not take up any complaints against these powerful criminals. Barun Biswas with his team forms a forum named 'Jagaran Mancha' and stands against all odds and forced the law to arrest the culprits. Eventually the accused men gets Barun Biswas murdered leaving the entire village in shock and pain. In the later half we see Binod Bihari Dutta, portrayed by Paran Bondhopadhyay (who was a colleague to Barun in a school in Kolkata), coming to Dukhiya in search of the truth behind Barun's murder. Binod comes to know about the goons (who are by now released on bail), and the way they have terrorized the village. Binod tried to motivate villagers the way Barun did but finds everyone reluctant in fear. A new police officer, Animesh Dutta was posted to the village, portrayed by Saswata Chatterjee. Binod felt helpless and thus decided to take the law in his own hands. Gradually Binod killed all the criminals one after another and Animesh on the other hand continued with his investigation of the serial murders. By the last murder Animesh gets hold of the hand behind all these killings and thus arrests Binod Bihari Dutta. What happens next....? Can Binod escape or is he punished? This is for the audience to find out.

Which streaming providers can you watch Proloy on

Here is the comprehensive list of streaming providers that will show Proloy in Australia. If Proloy will appear with other providers further down the line, this table will be updated.