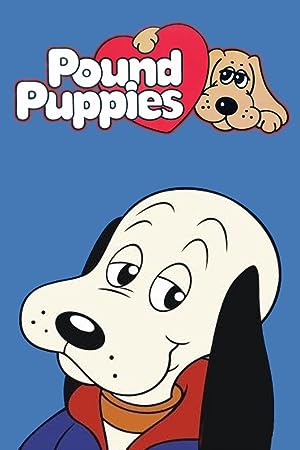 How to Watch Pound Puppies Online in Australia

What is Pound Puppies about?

Saturday-morning cartoon series whose main characters, the wrinkled Pound Puppies, were inspired by the popular line of stuffed toys. Here, the Pound Puppies lived at the pound, but could get out though a secret tunnel. Assisted by their human friend Holly, they tried to outwit Holly's evil guardian, Katrina Stoneheart, and her spoiled daughter, Brattina. During its second season the show was titled "All New Pound Puppies".

Where to watch Pound Puppies

Which streaming providers can you watch Pound Puppies on

Here is the comprehensive list of streaming providers that will show Pound Puppies in Australia. If Pound Puppies will appear with other providers further down the line, this table will be updated.

The cast of Pound Puppies

Pound Puppies is a great Animation movie, we’ve selected several other movie options that we think you would like to stream if you have watched Pound Puppies

Pound Puppies is a great animation show, we’ve selected several other show options that we think you would like to stream if you have watched Pound Puppies