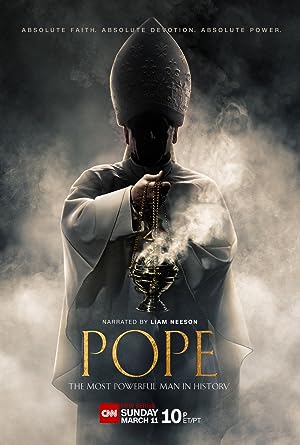 How to Watch Pope: The Most Powerful Man in History Online in Australia

What is Pope: The Most Powerful Man in History about?

Pope: The Most Powerful Man in History, from Glass Entertainment Group and Rearrange TV, is a six-part CNN Original Series that goes inside the Vatican to reveal the true power held by ...

Where to watch Pope: The Most Powerful Man in History

Which streaming providers can you watch Pope: The Most Powerful Man in History on

The cast of Pope: The Most Powerful Man in History

More Documentary movies like Pope: The Most Powerful Man in History

More documentary tv shows like Pope: The Most Powerful Man in History

Watch Pope: The Most Powerful Man in History