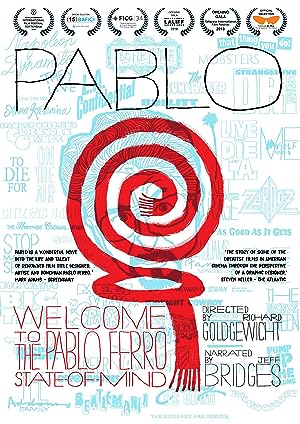 How to Watch Pablo 2012 Online in Australia

What is Pablo about?

Pablo blends documentary and animation elements to tell the saga of "famous unknown" Pablo Ferro, a man with a personal journey that spans from Havana, during the pre-Cuban revolution to his current home, in the garage behind his son's house. The animation part of the film takes us through the dream-scape of Pablo's memories, while the documentary footage chronicles a very eccentric lifestyle of a 72 year old artist, once hailed by Stanley Kubrick as the father of the sixties look and the MTV aesthetics.

Where to watch Pablo

Which streaming providers can you watch Pablo on

Here is the comprehensive list of streaming providers that will show Pablo in Australia. If Pablo will appear with other providers further down the line, this table will be updated.

The cast of Pablo