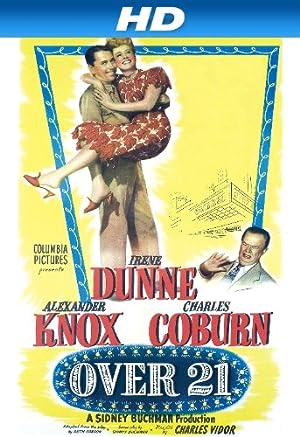 Max Wharton, 39, is the editor of the New York Bulletin -- or he was, until he announces that he's quitting to join the army. Robert Gow, who owns the paper, is furious. But Wharton wants more than anything to be close to the war. And his wife, Polly, wants to be close to him. And so she finishes up her latest movie script, and follows her husband to live near the barracks. She lives in a bungalow with no shower, lights that you have to turn on and off from the outside, a refrigerator that makes a hideous noise when she's lucky (that means it's working), moths and other niceties. Meanwhile, Max, studying hard for his exams, is starting to believe the saw that you can't teach an old dog new tricks.

Where to watch Over 21