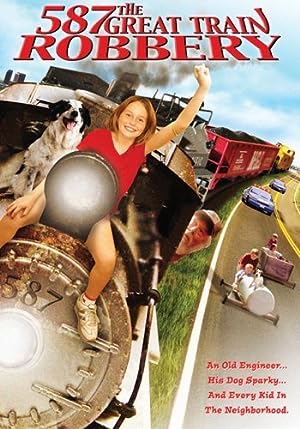 How to Watch Old No. 587: The Great Train Robbery 2000 Online in Australia

The cast of Old No. 587: The Great Train Robbery

What is Old No. 587: The Great Train Robbery about?

On the day of the big race, Alex and his friends line their sopabox racers up at the top of the steepest and longest hill in the neighborhood. With his sister Molly watching from the sidelines, the checkered flag waves and the race is on! After a slow start, Alex deploys his secret fifth wheel and accelerates from last place to the head of the pack. But the incredible speed gained is countered by complete loss of control as he rushes headlong into Deadman's Curve and crashes through an old wooden fence. After the dust settles, Alex discovers a fully-functional steam locomotive, "The 587" - destined for the scrap heap. He and his sister Molly devise a plan to rescue the antique engine with the help of an old engineer, Russel, his dog, Sparky, and about every kid in the neighborhood. Thus begins their awesome adventure, "587: The Great Train Robbery."

Where to watch Old No. 587: The Great Train Robbery

More Comedy movies like Old No. 587: The Great Train Robbery