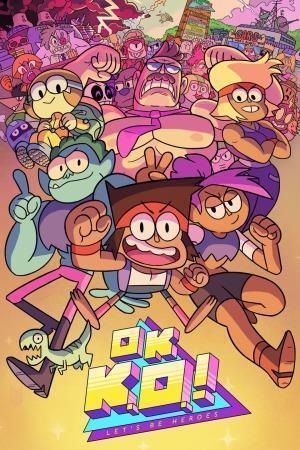 How to Watch OK K.O.! Let's Be Heroes Online in Australia

OK K.O.. Let's Be Heroes follows the titular character, K.0., and his efforts to become the world's greatest hero while working at Gar's Bodega, a hero supply shop in the Lakewood Plaza strip mall. Alongside him are his best friends and co-workers Radicles, an apathetic, narcissistic alien, and Enid, a levelheaded big sister-like employee, as well as other heroes who work and frequent the area.

Where to watch OK K.O.! Let's Be Heroes