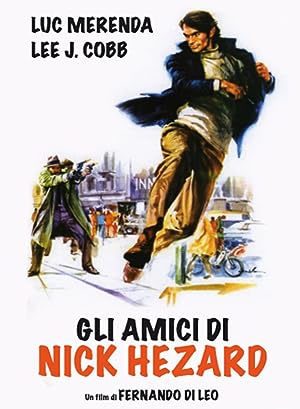 How to Watch Nick the Sting 1976 Online in Australia

What is Nick the Sting about?

Nick Hezard, a young con man, wants to avenge the death of a friend of his and organizes a swindle trying to cheat Robert Turner, an American businessman he thinks responsible for his friend's death. He succeeds in getting a hundred thousand swiss francs and uses them to carry out the second part of his plan.

Where to watch Nick the Sting

Which streaming providers can you watch Nick the Sting on

Here is the comprehensive list of streaming providers that will show Nick the Sting in Australia. If Nick the Sting will appear with other providers further down the line, this table will be updated.

The cast of Nick the Sting

Nick the Sting is a great Action movie, we’ve selected several other movie options that we think you would like to stream if you have watched Nick the Sting

Nick the Sting is a great action show, we’ve selected several other show options that we think you would like to stream if you have watched Nick the Sting