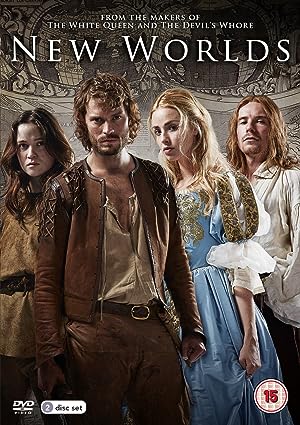 How to Watch New Worlds Online in Australia

What is New Worlds about?

New Worlds is a gripping story of love, loss and the human price paid for the freedoms and liberties we enjoy today. We follow the fortunes of four young people - Beth, Hope, Abe and Ned - from across both sides of the Atlantic, caught up in these turbulent times. We see them struggle as they are torn between love and ideals in the harsh reality of the changing world. In England, the restored monarchy of Charles II has betrayed its promises and reverted to tyranny. Behind the decadence of the Court, a terror machine is repressing the freedoms won for the people with so much blood during the Civil War of England when Charles I was executed. In America, the tentacles of state terror reach the English colonists of New England who are struggling to throw off the shackles of the English Crown. At the same time the colonists are ruthlessly staking their claim to the territories occupied by the Native American Indians, and shedding much of the American Indian's blood in the process - in a chilling echo of the tyrannical behaviour that they sought to escape from when they crossed the Atlantic.

Where to watch New Worlds

Which streaming providers can you watch New Worlds on

Here is the comprehensive list of streaming providers that will show New Worlds in Australia. If New Worlds will appear with other providers further down the line, this table will be updated.

The cast of New Worlds

New Worlds is a great Drama movie, we’ve selected several other movie options that we think you would like to stream if you have watched New Worlds

New Worlds is a great drama show, we’ve selected several other show options that we think you would like to stream if you have watched New Worlds