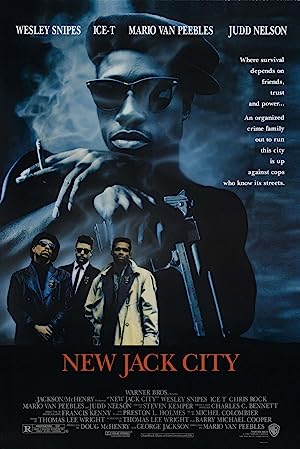 How to Watch New Jack City 1991 Online in Australia

The cast of New Jack City

What is New Jack City about?

The gangster Nino has a gang who call themselves Cash Money Brothers. They get into the crack business and not before long they make a million dollars every week. A cop, Scotty, is after them. He tries to get into the gang by letting an ex-drug addict infiltrate the gang, but the attempt fails miserably. The only thing that remains is that Scotty himself becomes a drug pusher.

Where to watch New Jack City