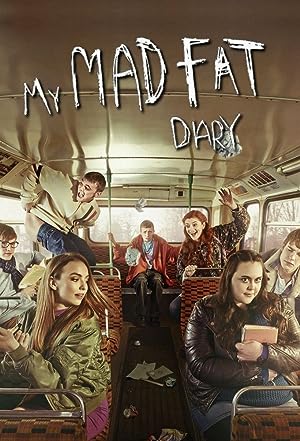 How to Watch My Mad Fat Diary Online in Australia

What is My Mad Fat Diary about?

Set in 1996 in Lincolnshire, the show tells the tragic and humorous story of a very troubled young girl, Rae, who spent four months in a psychiatric hospital for attempted suicide. After finally leaving the hospital, Rae reconnects with her best friend Chloe and her group, all who are unaware of Rae's mental health and body image problems and her four month stay in the hospital.

Where to watch My Mad Fat Diary

Which streaming providers can you watch My Mad Fat Diary on

The cast of My Mad Fat Diary

My Mad Fat Diary is a great Comedy movie, we’ve selected several other movie options that we think you would like to stream if you have watched My Mad Fat Diary

My Mad Fat Diary is a great comedy show, we’ve selected several other show options that we think you would like to stream if you have watched My Mad Fat Diary