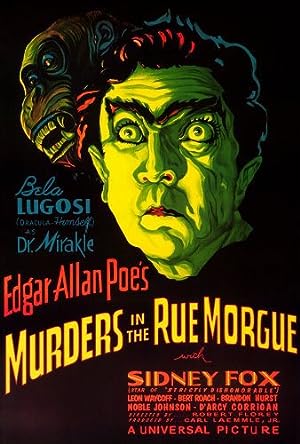 The cast of Murders in the Rue Morgue

What is Murders in the Rue Morgue about?

In 19th Century Paris, the maniacal Dr. Mirakle abducts young women and injects them with ape blood in an attempt to prove ape-human kinship. He constantly meets failure as the abducted women die. Medical student Pierre Dupin discovers what Mirakle is doing too late to prevent the abduction of his girlfriend Camille. Now he desperately tries to enlist the help of the police to get her back.

Where to watch Murders in the Rue Morgue

More Crime movies like Murders in the Rue Morgue

More Crime tv shows like Murders in the Rue Morgue