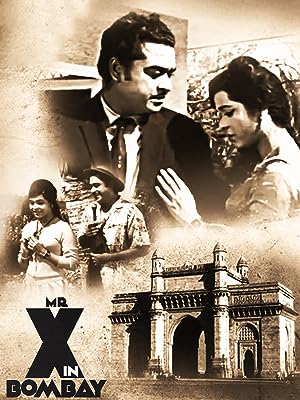 How to Watch Mr. X in Bombay 1964 Online in Australia

The cast of Mr. X in Bombay

What is Mr. X in Bombay about?

Shobha Mathur lives a wealthy lifestyle with her Professor dad, who is now carrying out experiments on various issues. One day while doing so, he makes an employee named Manohar drink a portion, which results in his death. Rajan comes to their rescue, gets rid of the body, and starts blackmailing Mathur, which can only end when Shobha marries Rajan. Then one day Shobha meets a poet by the name of Sudarshan and both of them fall in love. When he asks for her hand in marriage, Shobha refuses. The next day Shobha finds a note addressed to her from Sudarshan in which he has stated that he is going to kill himself. Thereafter, every night she starts to hear Sudarshan's voice, blaming her for his death, as his soul is unable to find solace. With Sudarshan out of the way, Rajan readies himself for marrying Shobha - and it looks like he may have his way with the Mathurs after all - without having to encounter any more obstacles.

Where to watch Mr. X in Bombay