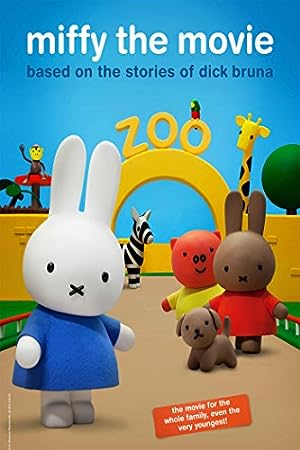 How to Watch Miffy the Movie 2013 Online in Australia

What is Miffy the Movie about?

Miffy, her friends Melanie and Grunty and her dog Snuffy set out on a treasure hunt through the zoo. Father and Mother Bunny give them five riddles through a Treasure Hunt Song, about a color, a shape, a movement, a number and a sound. While discovering animals that answer to the riddles, Miffy and her friends learn how to work together, find creative ways to collaborate and to reward each other for a job well done. And in the end, they are rewarded with a big surprise.

Where to watch Miffy the Movie

Which streaming providers can you watch Miffy the Movie on

The cast of Miffy the Movie

Miffy the Movie is a great Animation movie, we’ve selected several other movie options that we think you would like to stream if you have watched Miffy the Movie

Miffy the Movie is a great animation show, we’ve selected several other show options that we think you would like to stream if you have watched Miffy the Movie