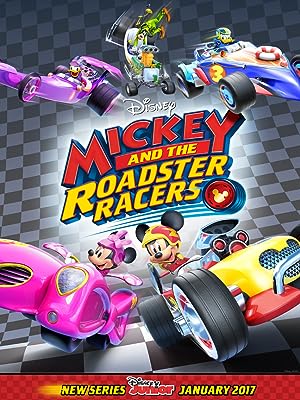 How to Watch Mickey and the Roadster Racers Online in Australia

What is Mickey and the Roadster Racers about?

Mickey Mouse and his pals Minnie, Pluto, Goofy, Daisy, and Donald take their unique transforming vehicles on humorous high-spirited races around the globe as well as hometown capers in Hot Dog Hills.

Where to watch Mickey and the Roadster Racers

The cast of Mickey and the Roadster Racers

More Adventure movies like Mickey and the Roadster Racers

More adventure tv shows like Mickey and the Roadster Racers

Watch Mickey and the Roadster Racers