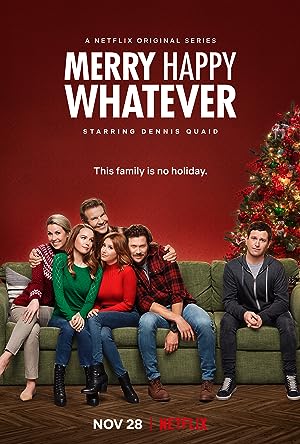 How to Watch Merry Happy Whatever Online in Australia

What is Merry Happy Whatever about?

A strong-willed patriarch must balance the demands of his complicated family with the stress of the Christmas season when his youngest daughter comes home for the holidays with a new boyfriend.

Where to watch Merry Happy Whatever

Which streaming providers can you watch Merry Happy Whatever on

The cast of Merry Happy Whatever