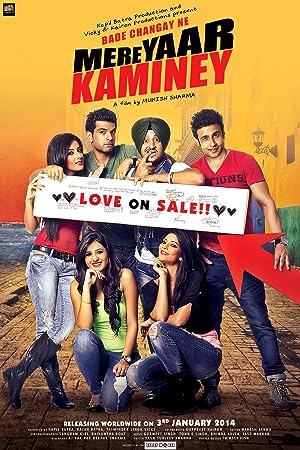 What is Bade Changay Ne Mere Yaar Kaminey about?

It is said true friendship never ends, no matter what. The whole story revolves around the married life of three friends. Two of them are dominated by their wives. They are living a dull and no-fun life. One is smart enough to maintain balance in his married life & personal life. He enjoys the company of other girls and leads a life of playboy. He, with a great effort, convinces his friends to believe in his philosophy of married life. This happens to be the start of troubles for his friends and almost break their homes. Out of fear, they try to make him understand the risks involved there in and also, try to stop him. But, he is smart enough to have narrow escapes every time. Meanwhile, his wife faces pregnancy problems and danger to her life. Now, he realizes that he is at fault, feels sorry for his misdeeds and fix up his friend's home. But as Men will be Men, so will be our Kamineys. At the end of the story, there is re-union between the friends once again.