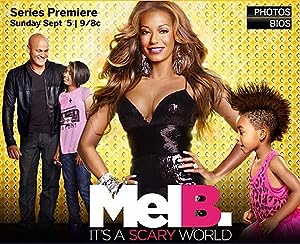 How to Watch Mel B: It's a Scary World Online in Australia

What is Mel B: It's a Scary World about?

Mel b its a scary world is about Mel , her two daughters Pheonix and Angel and her husband Stephen . This show covers Mel's very busy daily life while juggling family time , buisness and her singing career .

Where to watch Mel B: It's a Scary World

Which streaming providers can you watch Mel B: It's a Scary World on

The cast of Mel B: It's a Scary World

More reality-tv tv shows like Mel B: It's a Scary World

Watch Mel B: It's a Scary World