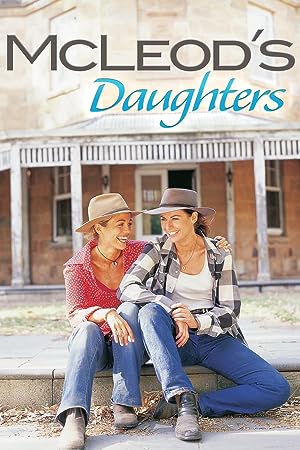 How to Watch McLeod's Daughters Online in Australia

The cast of McLeod's Daughters

What is McLeod's Daughters about?

After the death of his wife and son during childbirth, Claire's father, Jack McLeod, married city girl Ruth Silverman. Tess was the product of this tempestuous but short-lived relationship. Growing up, the two girls had been very close but were separated when Ruth took 5-year-old Tess back to the city. Twenty years later, after Jack's sudden death, his daughters each inherit half of heavily mortgaged Drover's Run. Tess, who recently lost her mother to breast cancer, returns to Drover's in the hopes of cashing out and opening a cafe in the city, but is disappointed to be met with a less-than-rosy financial picture and the open resentment of her older sister. After Claire fires the male workforce, the sisters, with the help of housekeeper Meg Fountain, her daughter Jodi, and local girl Becky, decide to run the property themselves. The tentative -- and presumably temporary -- partnership is the first step in the reunited sisters' effort to heal old wounds, improve their relationship, and lift the property out of debt. The next few seasons depicts the growing bond between the sisters, including Tess' decision to stay at Drover's permanently, as well as their relationships with the neighboring Ryan brothers and others within the district. By the fourth season, Claire's old friend Stevie Hall had relocated to Drover's and was intent on establishing a rodeo school. Jodi's old school chum Kate also joined the Drover's women.

Where to watch McLeod's Daughters