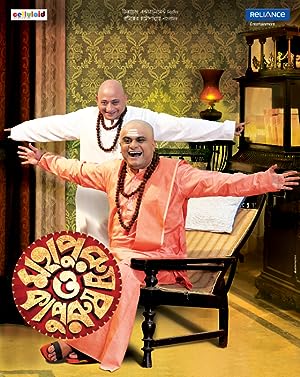 How to Watch Mahapurush O Kapurush 2013 Online in Australia

The cast of Mahapurush O Kapurush

What is Mahapurush O Kapurush about?

The story encompasses two distinctly different tracks that run parallel to each other. As a thief breaks into a middle class apartment of a young couple at one end of the city, a Himalaya returned Guru settles for a religious discourse at a business magnets bungalow the same night. As Pada , the thief faces a stiff situation, Swad Gajananda Swami by the virtue of his magical powers mesmerizes his disciples and enjoys the best of food, hospitality & other generous attention. The two incidents are too far fetched to have any connecting possibilities. But fate has other things in store. It's a question of putting up an act and sticking by it!!!

Where to watch Mahapurush O Kapurush