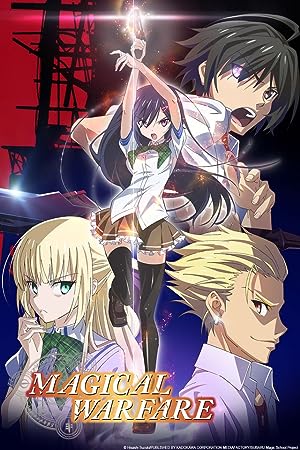 How to Watch Magical Warfare Online in Australia

What is Magical Warfare about?

Takeshi Nanase is an ordinary high school boy who has a somewhat dark past. Due to certain circumstances, he formed a "fake" couple with his childhood friend Kurumi Isoshima, but otherwise, he lives a normal life. However, one day, he comes across a girl named Mui Aiba, in a uniform he has never seen before, collapsed on the school campus. This encounters changes Takeshi's destiny completely. Mui tells Takeshi that she is a magician, and she apologizes, for she turned Takeshi into a magician, too. What Takeshi once knew as one world is actually two-the world where magicians live and the world where humans live.

Where to watch Magical Warfare

Which streaming providers can you watch Magical Warfare on

The cast of Magical Warfare

Magical Warfare is a great Action movie, we’ve selected several other movie options that we think you would like to stream if you have watched Magical Warfare

Magical Warfare is a great action show, we’ve selected several other show options that we think you would like to stream if you have watched Magical Warfare