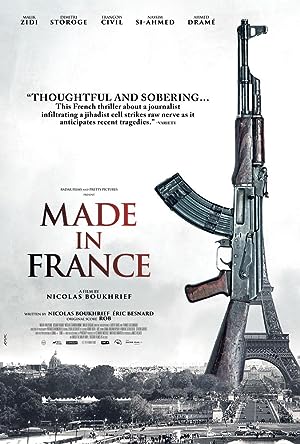 How to Watch Made in France 2015 Online in Australia

The cast of Made in France

What is Made in France about?

Sam, a freelance journalist, decides to investigate the growing phenomenon of disaffected youth joining extremist groups. He infiltrates a group of four young people, who have been tasked with the creation of a jihadist cell, and whose mission is to destabilise the city centre of Paris.

Where to watch Made in France